Za Boha a Narod, Za Boha a Narod. For God and Nation. For Monsignor Tiso this phrase was not a simple empty statement of policy as a politician, nor something to stir up the crowds for fervor, but a real principle of life. It had depth, breath, vision, power and inspiration for him and its proof is in his very life. So we thank Dr. Ludovit Pavlo for choosing the nice section of the witness of Tiso in his court trial, which he states and offers to the Slovak people that they would never forget this phrase, Za Boha a Narod.

Za Boha. For Tiso God was not on the back burner. God was at the center of his life. And the proof is his secretary, Charles Murin in his book; REMEBRANCES AND TESTIMONY tells us that Tiso always prayed the Divine Office and he prayed it with attention and no rush. And he always said Mass with fervor and he mediated. Now it is very interesting that some psychologists say we must be transcendent to be human and one of the characteristics that they put forward is that you have to pray and your prayer has to be…fruitful. They are a rare group. The fruitfulness of Za Boha can be seen in a number of ways. First he was self-possessed. He accepted himself and was a peaceful person when he dialogued with people with those he disagreed. And even when he was angered about something it was anger about injustice and not vindictive toward the person. The proof is that in his whole reign of five years none of his opponents were thrown in jail, hung or died for being opposed to him. Quite different from what was happening in the countries around him, Germany, Italy, and a few other places as Hungary and especially Russia.

Second proof: Because he prayed and was related to God, Tiso had a foundation that was pretty solid. In 1943 while with some friends, Charles Murin and his wife and a few others were talking about the future. What are you going to do when you are seventy? He stopped them and said, “I will live until tomorrow.” It is not written anywhere that I shall reach sixty, (at that time he was 50 years old), seventy, etc. This means he personally had the realization from the time he took office that his life had the possibility of being cancelled out at any time. And he knew it. He had already reflected on what this meant in terms of his life. So he put God first.

Now when you do that, what happens? You begin to discover that God is indeed in your life and He helps you and you begin to see Him at work and become more convinced Za Boha. And that’s the way Tiso lived.

It’s amazing when I was preparing for this talk I punched in Tiso’s name on the internet and Google came up with tons of hits. I could not possibly go to all of them. But the ones I did skipping to 10, 25, etc., everyone maligned Tiso. They called him a fascist, a killer of Slovaks, anti-Semitic and so on, having no foundation whatsoever. Se we Slovaks should be writing so that they are wiped out by presenting another view.

Za Narod. Tiso loved his country. He was truly a full human being who understood that to be born into a certain country is a gift. And to love your nation is a sign that you are open to the giftedness of your nation. So he was a true patriot, a real patriotic person who loved his country. Now you and I have plenty reasons to love our country. But do we love it? He loved it. And that meant not simply the place but the people and its history. Why? Because our life is a mystery. Why were you not born in China? If you were, you know where you would be right now. It’s a gift. We need each other and our history is part of the giftedness of God towards us. But then it has to have flesh on it and it did for him. So when he was in the position to help his people he did it with his political power. First of all he accepted being president, because he knew at that time that this was a dangerous job. He already knew that. He said to his secretary that he was a martyr for the justice that was due to the Slovak people. Meaning the people were suppressed and did not have their independence. And so he was going to make the step, to make it possible for the Slovak people to have their right natural right of freedom and self-determination, at the cost of himself. He knew it wasn’t going to be easy because there was ideological thinking even in the Slovak community who were pro-Czech and some pro-German and they were vocal. But his attitude was that it takes time for people to really appreciate the fact that they have an independent country and so his job was not to squash his enemies but to teach them. That they have a great gift in their country and so he was patient with them.

So when he saw the opportunity, and he saw there were homeless people he made sure, made it possible so that condominiums and houses were built…this is a fact. I want to emphasize that these are facts because on Google none of this is mentioned. It is pure slander. He actually did it and it can be verified in documents. He made sure that the wages were for the family man.1 Which means he was following the teaching of the Church on social justice. He was a Socialist from the Christian point of view not from the German point of view. German socialism was nationalistic and you know who benefited from this system. This was not true in Slovakia for during his reign Slovakia blossomed. They had inner peace in the community and growth in the economy.

Za Narod. When he discovered that the Jews were being deported from Bratislava3, which he did not know 2, he offered to resign but three Rabbis came to him begging him not to do so4. They knew him and realized that if he was replaced by anyone they would be wiped out. And sure enough, what did he do? He stopped all deportation5. So he saved 28,0006 Jewish Slovaks. Google again and again slandered Tiso as a anti-Semitic. Another proof is a delegation from Slovakia put up a statue in honor of Tiso in Israel and the Jewish community accepted it7. I’m sure they checked their facts. Whether he was anti-Semitic or not and they knew he wasn’t.

Za Narod. He reached out to the poor and his enemies. So that at the time of his reign the country was very peaceful.

So Za Boha a Narod is a vision. A vision with light and strength that guides us into the fullness of life. Since he knew his life was always fragile in terms of whether he would live or not or be shot. He also began to realize the implication of his life and so he was always ready for death. But he was ready for death not in kind of empty way. He was a good theologian who had deep insights. And one of the proofs is in that long nine hour witness in his defense in the Bratislava court he said8: “At this point I give my soul to God, my heart to my nation, my people and my body to my executioners… And I am not guilty.” Which confirms another statement he made before: “That if I had to do this all over again I would have done it exactly what I did.” Which means he lived from his center, from his conscience before God and he had nothing to fear proved that he went to his death with dignity, peace and confidence. He prayed all night the day before he was hung. He said Mass in the morning and with peace he went to the gallows.

Do we really believe in the Resurrection of Jesus and its power like he did? Because all of us are going to die, and if we really thought about our death like him then we have nothing to fear, especially if we realize it is the Resurrected Jesus we receive in the Eucharist. And He leaves the trace of the resurrection not only in our soul and mind but in our very body and that’s why we receive the ashes of Tiso with gratitude. So that’s why we have holy ashes right here. We are touched by Divinity when we receive the Eucharist and the traces of God’s presence which is holiness left in our body. The Church has always said bury the dead, respect the dead, take care of the dead because in those ashes we have the seed of the resurrection. And in the history of the Church, we always know that the Church honored the saints and kept relics so that they could pray to those saints in a very concrete relational way. So we expect Tiso to bless our abbey. It is a little selfish but is OK. And you are welcome to come and visit the Slovak Institute and pray before those ashes.

The saddest feeling I have is when I went on the internet and saw all these slanders, maligning Tiso on every angle. Which means the prejudices that were instigated by the Communists and by some Czech people who hated him especially Benes, are still part of the mind consciousness of a lot of people. That should be corrected or at least attacked and give people an alternative view and there are plenty of things that show that the evidence is different.

So I thank Andrew F. Hudak for making it possible for us to receive Tiso’s ashes and I want to thank him for getting me all riled up about Tiso. And I want to offer to you a deeper appreciation of Monsignor Tiso because without doubt he pleased the Lord and gives us a principle to live by that sends us to our neighbor. So everyone of us should be keeping this principle: Za Boha a Narod. 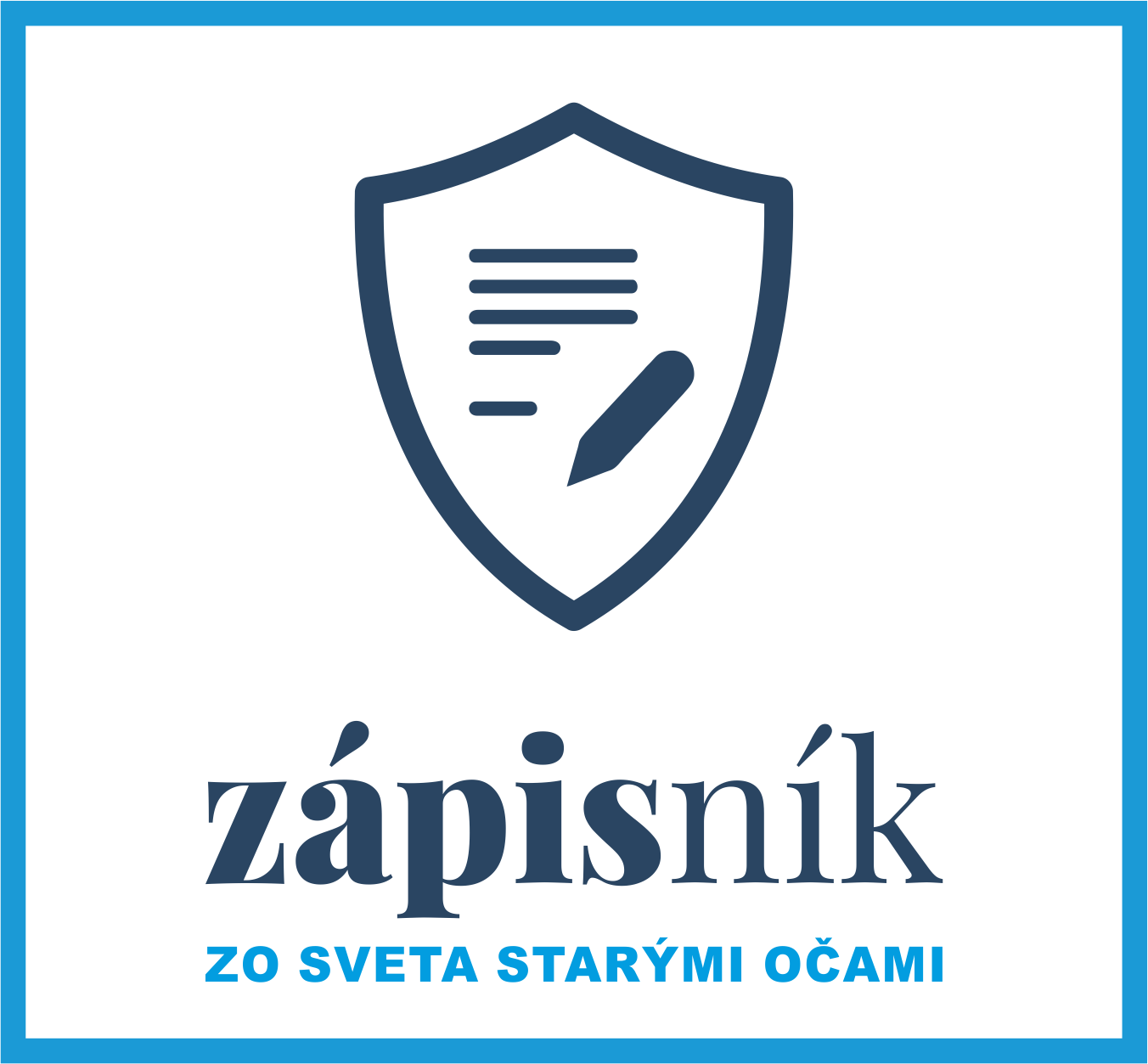 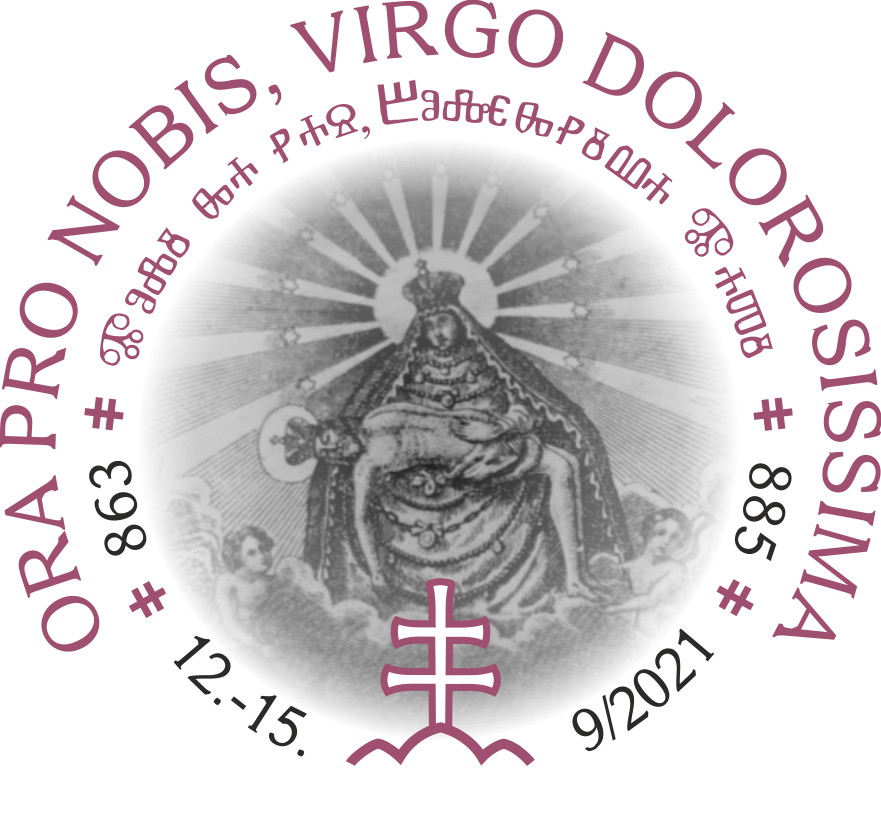